Association of Petroleum Geologists, India (APG-India) Southern Chapter organized Students’ Debate Competition on 31st July 2018 for selecting candidates from the student community to participate in GEOIndia 2018, the 4th South Asian Geosciences Conference to be held during 6th - 8th September 2018 at Greater Noida. In line with conference theme “Transforming Energy Spectrum: Geosciences at the Fulcrum”, the debate topic was “Application of Geosciences for Sustainable Growth is Utopian Dream for Country like India”.

In his opening address, Patron APG India, Southern Chapter Shri. T. Rajendran, ED-Basin Manager, Cauvery Basin, ONGC welcomed all participants and emphasized that programs like this will promote and foster geo-scientific temper amongst students and researchers in both academia and industry.

ED-Basin Manager, KG-PG Basin Shri Syam Mohan, in his address commented on the delicateness of the topic of debate competition and conveyed his best wishes to all participants.

Vice-President Shri. RN Mishra said that APG India provides an ideal platform for interaction, scientific deliberation and knowledge sharing by academia, experienced geoscientists and students pursuing Earth Sciences. He informed that APG was committed to conduct programs to bring Oil Industry and Academia closer during the current year by planning a series of programs like geological field trip, drill-site visit and lectures by eminent Earth Science faculties and experienced Petroleum Geologists in Universities and visit to Regional Geology Lab of ONGC.

The event was graced by the Heads of the Department of Geology Prof. Hussein Mohammed and Prof B Gowtham of University of Madras and Presidency College, Chennai respectively. APG India Southern Chapter Secretary Shri Jayanta Sarkar specially thanked them for boosting the morale of the participants as well as organizers by taking special interest in the event and managing time from their busy schedule. He emphasized that the professors play a pivotal role in the academia-industry symbiotic relationship. 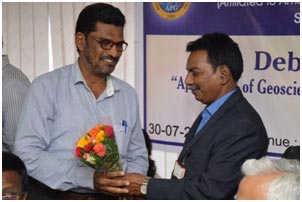 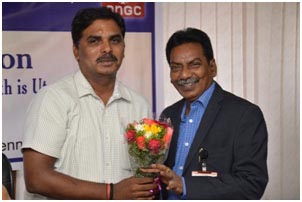 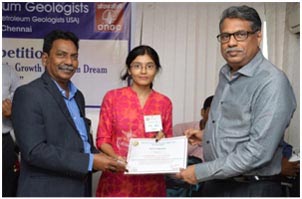 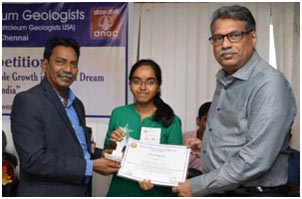 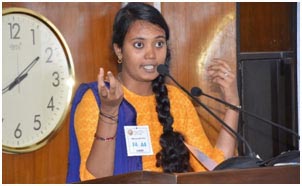 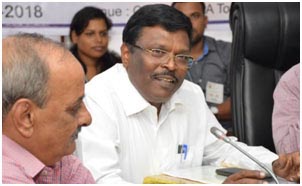 Five rounds of debate competitions were held. In each round two teams were made to challenge each other - one team "For the Motion" and the other team "Against the Motion". The judges took personal care in advising the teams before each round of debate about key elements in the topic and to be especially attentive to the opponent’s arguments and counter argue with logic. This made the competitors at ease and resulted in a very lively and enjoyable debate competition. Finally, two Best Teams (For and Against the Motion) and two Best Speakers (one For the Motion & one Against the Motion) were selected. The debate competition was very closely contested and commendable speakers like Ms V. Sivapriya a PhD Scholar from University of Madras missed being selected just by a whisker.

The event gave a big boost to APG India's new membership drive in South India. Many students and Professors of Department of Geology, Presidency College applied for membership. Shri P S N Kutty, Ex ED-Basin Manager emphasized the importance and relevance of the topic under prevalent economic and environment scenario. He along with Shri P Raja Ex ED-Chief E&D and Shri R Mahadevan, Ex GM(G) Head BMG, Cauvery Basin imparted valuable advice to the participants and conveyed their best wishes to the selected speakers for the National Level competition to be held during GEOIndia 2018. The judges complimented the executive body for conducting the event professionally with punctuality and making all arrangements in a very short period of time after formation of the present body. They suggested that similar gatherings should be held more frequently so that industry and academia gets the much needed forum for interactive sessions. 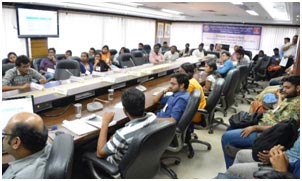 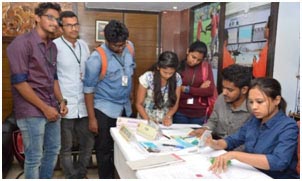 Participant enrolment for the debate competition

The gathering enjoyed the event and agreed that such events will help stimulate a Scientific & Economic debate to charter a way forward for the country's sustainable growth which may not remain just a “Utopia”.

The session was concluded with a Vote of Thanks by Shri L A V Karthikeyyan, Treasurer APG India Southern Chapter.

On 3rd March 2018, Mr. R. Ramakrishnan, GM (Geology), ONGC and Vice President of APG-India Southern Chapter, attended the AGE 2018 National Level Technical Event at Anna University, Chennai under APG Students’ chapter as Guest of Honour. Delivering the Key Note address to the students of 16 colleges of India, he gave an enlightening talk on necessary knowledge and expertise for future endeavours in Industry and Research to add wonderful dimensions to their education and career development. 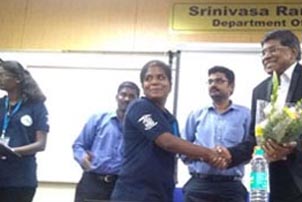 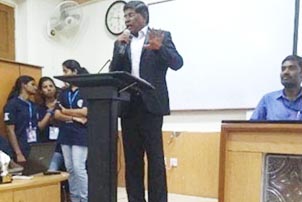 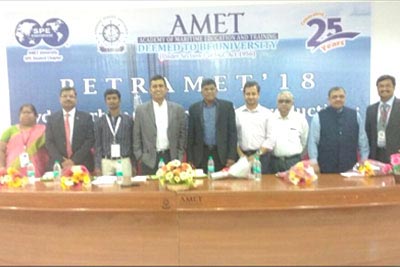